What’s the deal with my pinky side wrist pain?

There are lots of different ways that wrist function can go sideways, but if you’ve ever experienced ulnar sided wrist pain that onset from a sporting injury…. Well, woweee… you know what a unique doozy of a pain it can be!

The ulnar fovea is an anatomic region at the  base of the pinky side (ulnar side) of the wrist. It’s just filled with lovely little sensitive structures -cartilage, tendons, ligaments and the like- that  proved a load bearing and force transfer functions.

These structures are both numerous and difficult to individually test in a clinical exam so it can be tough to figure out which one of them is causing the problem in the case of injury. For this reason the Ulnar Fovea is sometimes referred to as an “anatomical black box”, in reference to the difficulty knowing exactly which of them is damaged!

Structures in the ulnar Fovea are susceptible to injury  from sports that require lots of wrist rotation, wrist flicking (backhand/forehand type movements), or load bearing through the wrist. Think tennis (or any racquet sport really), golf, and rugby amongst many others.

Extensor carpi ulnaris (ECU) tendon strain: The ECU is a forearm muscle that acts to extend the wrist, think one of the muscles that helps you to flick a backhand.

As with many tendons, low level injury often results from repetitive strain, as occurs when taking up a new activity or increasing the amount of participation in a new activity. Occasionally though there is a traumatic event – a heavy serve reaching scooping action with a racquet/stick that can tear the structure.  Putting it simply, if you are pumping up the jam in your sport you are at risk (especially if you are playing racquet sports).

These injuries vary in flavor intensity. Some ECU injuries are low grade tendon irritations (less serious) and others involve frank tearing away of the tendon sheath (more serious!) from the ulna bone.

Triangular Fibrocartilage Complex  (TFCC) or Distal Radioulnar Joint (DRUJ) tear: The TFCC is a hunk of cartilage and some associated ligaments that occupy a lot of space in the ulnar fovea. It’s a neat soft tissue structure in that it forms a sort of hammock that supports up to 20 percent of the load across the wrist. You’ll notice in Fig 2 below that that ulnar side of the wrist has a big gap where no bony attachment is found. This is the space occupied and supported by the TFCC.

This structure can be damaged with activities that induce a forceful end of range twisting of the wrist to palm up or palm down positions as may be experienced in many racquet sports, or through forceful loading through the ulnar side of the wrist as can be experienced in many sports (not to mention any garden variety slip and fall on an icy sidewalk) 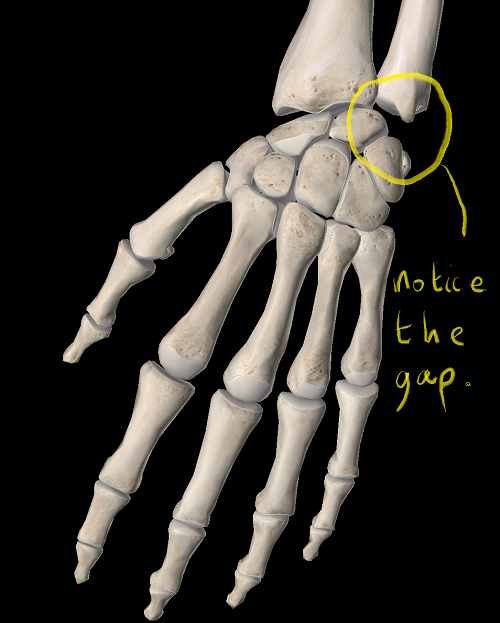 Fig 2 – the gap at the ulnar side of the wrist. The TFCC is a group of  soft tissue structures that sits in there and supports up to 20% of load across the wrist (see it in Fig 1).

This injury type can be tricky because some tears will heal on their own and some will not. The quality of healing depends on how well supplied with blood vessels the damaged tissue is, with damage more toward ulnar side healing better and damage closer to the centerline (radial side) of the wrist healing poorly.

The Distal Radioulnar Joint (DRUJ) is the joint between the 2 forearm bones, the radius and ulna, at the wrist. Look at figure 2 above. You can see this junction between the radius on the thumb side and the ulna on the pinky side. Notice how this joint forms part of the border of the “gap” which is filled in by the structures of the TFCC. This relationship means that DRUJ disruption goes hand in hand with TFCC tearing, in that ligaments important to stabilising the DRUJ are considered part of the group of anatomic structures making up the TFCC.

One way to to help you appreciate if damage to the ligaments supporrting this joint are part of your issue is by conducting a test known as the Piano Key Sign. First, push both arms straight out in front of you in a punching type position and hold them there. Look at the ulnar styloids at the wrist. These are those bumps toward the outside of the wrist – they are the bony prominences at the end of the ulna.

In cases where there is tearing of the DRUJ  supporting ligaments, there may be an asymmetry left versus right with the affected side appearing more prominent.  Placing the affected side palm down on a flat surface and pushing down in that prominent ulna bone a couple of inches up the forearm will also likely recreate pain. 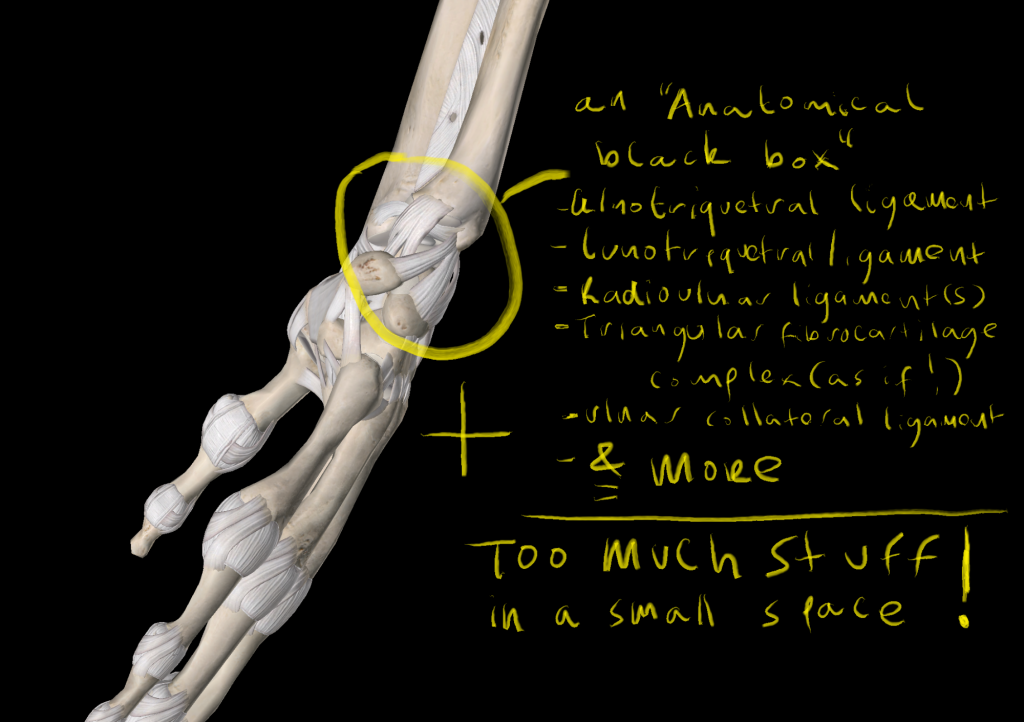 Fig 1 – The anatomical “Black Box”, these structures and more populate the ulnar fovea. Imaging produced with help from the Essential Anatomy 3 App.

What should we do about it?

With almost all cases of ulnar wrist pain the first line treatment is the same. A period of immobilisation sometimes with the help of tape or a brace for a few (up to 6) weeks. Activity modification, like the kind that has you NOT do the aggravating action over that same period of time. Additionally, sometimes the use of anti-inflammatory medication is useful, although this is something that can be discussed with your physician.

In the case of ECU tendinopathy, as with any tendon problem at the wrist or elsewhere in the body a progressive strength training protocol will be part of the rehab package.

Occasionally, conservative treatments such as those described above do not result in satisfactory improvement. There are more invasive medical interventions, including surgery or on occasion steroid injections that are used to address stubborn cases that the body cannot heal on its own.

The takehome message here though is that ulnar sided wrist problems are common and in most cases fixable with some simple, conservative treatments. So take heart if this is you, your outlook should be positive! And if you have questions, do not hesitate to ask your therapist, that is what we are here for.

Further reading (if you really want to impress your friends)